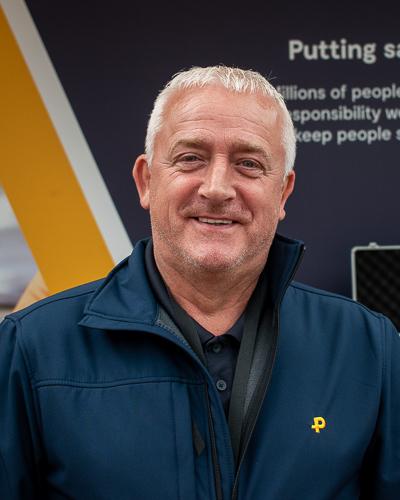 After leaving school, I joined The British Army Royal Corps of Transport and did a six-year tour of Northern Ireland. In 1986 I left The Army and became an HGV driver before moving into a career in the railway, where I started as a Trackman, cable pulling and laying troughs. I then trained to be an Assistant Welder at Jarvis where I worked for two years before joining Weldarail, where I worked for 18 years before joining Pandrol.

To continuously train our people to ensure that our welding skills and competencies match our customer standards. The training is practical and rigorous as some people come to us from other companies and we enable them to become an Assistant Welder in a ten-day intensive course.

Joining Pandrol presented me with my biggest challenge – becoming computer literate following years of working on the tracks. My biggest achievement is when I see one of my trainees coming in from the street and leaving 10 days later with the skills to be an Assistant Welder. Knowing that I have helped people to move on in their careers is a great accomplishment.

Undoubtedly my biggest strength is my ability to patiently teach other people and pass on my knowledge. It’s a tough job train people in this industry, often at 3000 degrees.

My continuing aspiration is to train as many people as I can, passing on my knowledge.

My age! I’m 58 this year, so an opportunity to hang up my tools was one I was delighted to accept. I love the opportunity Pandrol has given me to train and encourage the welders of the future to become the best they can be.

My passion is playing golf and although I only started two years ago, I can’t get enough of it. I enjoy playing indoor long alley skittles and five-a-side when I can fit it in around the golf! I love spending time with my children and grandchildren.

My bucket list has nearly been achieved, the only thing left to do is to swim with the great whites.