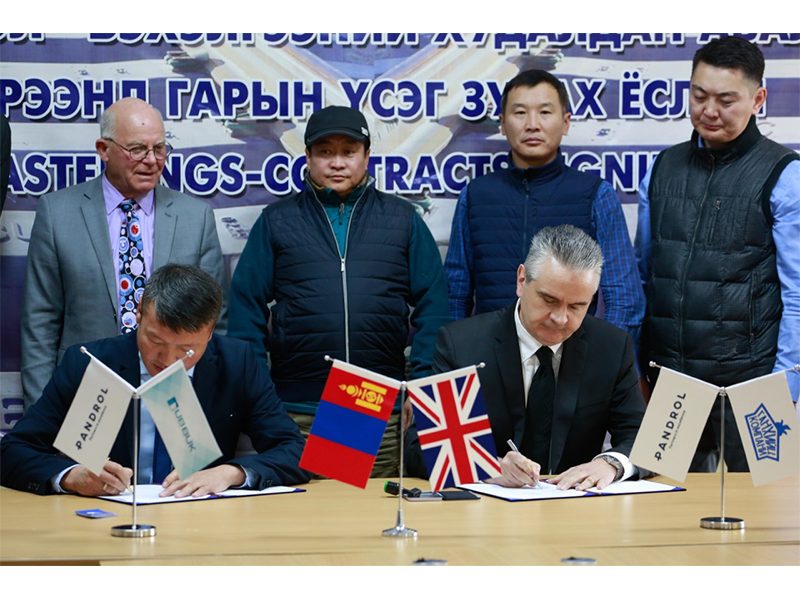 Global rail fastening systems and aluminothermic welding manufacturer, Pandrol, has signed a partnership agreement to supply its world-renowned Fastclip rail fastening system in Mongolia, as part of a long-term framework which will deliver a programme of rail investment and socio-economic development.

The partnership agreement has been signed with Gan Khiits and ‘Ulaanbaatar Buk – both Mongolian concrete tie manufacturers, who are working together to develop 414.6km of railway on the Tavantolgoi-Zuunbayan route by providing new ties for Mongolian Railways (MTZ). The railway will transport 15 million tonnes of freight annually, creating 1,000 new jobs.

Pandrol has been working within Mongolia for a number of years, focused on developing its business in the country. This contract is testament to the hard work and dedication of the team involved, but also to the market-leading Fastclip fastening system that Pandrol manufactures. The Fastclip fastening system delivers mechanised installation, is maintenance- free and provides optimal life cycle costs.

Pandrol’s Market Manager, David Hampton, signed the contract on behalf of the organisation, he comments:

“This agreement signing is the culmination of many years’ hard work. It is fantastic that Gan Khiits and Ulaanbaatar Buk chose Pandrol for its innovative fastening system and, for its technical expertise.”

Stephane Edenwald, the company’s Sales Director for EMEA, was also present at the contract signing which took place alongside the Mongolian Minister of Road and Transport, B.Enkhamgalan, Luvsandagva Purevbaatar, the Chairman of MTZ (Mongolian Railways) and the Ambassador of the United Kingdom to Mongolia, Philip Malone. Stephane says of the experience:

“The State Great Khural of Mongolia passed a resolution in 2010 to build a new 6,600km railway in three stages in Mongolia. This is the first phase, which started in May and we are delighted and honored to be involved. Since 1937, Pandrol has supplied 600 million fastenings to over 400 railroad companies in more than 130 countries around the world so to have signed this agreement gives me great pleasure.”