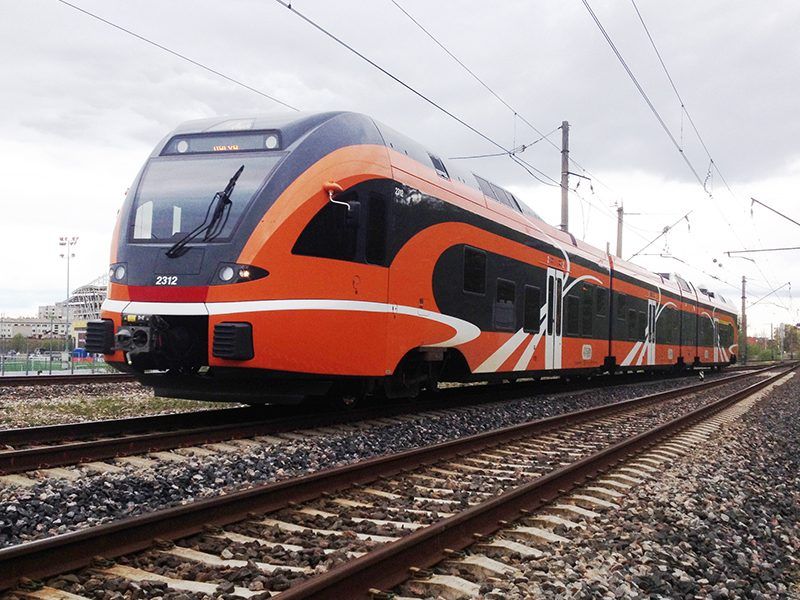 Pandrol has recently secured a new contract win with Eesti Raudtee (Estonia Railways) to supply over 430,000 Fastclip FE fastening systems (four per tie) for the 40 mile stretch from the towns of Tapa to Narva in the north east of Estonia.

The contract is with German infrastructure partner Leonhard Weiss and follows another contract that Pandrol recently completed to supply fastenings for the Tapa – Tartu railway refurbishment. As part of the project, the contractor acquired a Pandrol CD400 Clip Driver, which clips and unclips Pandrol Fastclip FE fastening systems, as well as providing hydraulic power to raise low ties.

Leonhard Weiss reported that its use of Pandrol’s Fastclip FE clip, in combination with the CD400 Clip Driver, saved the contractor 30 per cent on installation time, compared to working with FC ties and with old technology.

“This contract is a great example of how our new Fastclip FE can save contractors significantly on installation time. Increasingly contractors are selecting ‘ride on’ installation equipment for fastenings, such as the CD400 Clip Driver. This is consistent with the move towards reduced manual handling when installing rail fastenings, for health and safety reasons.”

The recently completed Tapa – Tartu railway refurbishment saw Pandrol supply 105,000 ties for approximately 40 miles of track. Use of the CD400 meant that unclipping and clipping of 900m of track for rail change could be completed within a two-hour possession, minimising disruption and enabling the line to be back in operation sooner.

It also reduced the amount of labour required trackside and reduced risks in safety, as the ties arrived on site fully pre-assembled with all Fastclip FE components in place. Once the ties are installed and the rail has been threaded, clips are simply pushed from the parked to the installed position. Fastclip FE features the unique Pandrol ‘switch on–switch off’ function that enables fast, efficient track installation and reduced maintenance costs. Correct tensioning is automatically achieved when the clip is driven into the working position.

The Clip Driver CD400 walk-behind clipping machine can be used to install both Pandrol Fastclip and Fastclip FE. Available in two different configurations, it has an in-built tie lift with hydraulic lifting capacity of 50 mm. The CD400 has an output of 40 ties per minute. It can be utilized by a single operator and has an electric starter and excellent lighting to improve visibility for work at night.

Lower installation and maintenance costs is the goal for any railroad operator and this is easily achievable because the Fastclip FE system is fully pre-assembled and has no threaded components, eliminating costly maintenance.

“The whole installation project was so much quicker and more efficient using the CD400 with Fastclip FE. We saved several weeks on site through its use. No other fastening system has the advantages that Pandrol offers and it is a huge benefit to be able to install the fastenings so quickly and safely.”

The ability to install a section of track quickly and efficiently is really important, particularly on this project as Estonia experiences temperature changes of -40oC to +40OC throughout the year. Much of the track refurbishment was completed during a very harsh winter, so being able to complete the project with a minimum amount of manual labour was a major advantage.

The Estonia Railways projects has shown how the use of Fastclip FE with the CD400 delivers savings in both time and labour. It is no surprise that it is being so widely adopted by contractors across the world.

The Estonian railway network is approximately 760.6 miles long, with 496 miles of mainline track. It is run by the state-owned company AS Eesti Raudtee and the private company Edelaraudtee Infrastruktuuri AS.