The Barcelona Metro is an extensive network of 12 lines, which run mostly underground in central Barcelona and out into the city’s suburbs. Pandrol first worked with Metro Barcelona in 1997 to supply precast Floating Slab Track along a 14 km stretch where specific noise and vibration requirements had to be met.

In total, Barcelona Metro has now worked with Pandrol for over 20 years because of the proven performance of its track fastening systems and the ongoing technical and site support that it provides. As part of a collaborative approach, both organisations work closely on new product developments, with a strong focus on safety and efficiency of installation.

Barcelona Metro has an ongoing programme of maintenance and improvement on its 120 km of track. Key areas of focus for Barcelona Metro are extending responsive maintenance intervals and making further improvements to noise and vibration levels within the large city area covered by its network. So work encompasses the replacement of track and sleepers that have reached the end of their service life, and in areas where an improvement in performance is now required – for example to reduce ground vibration. Safety is the main priority for the company.

“The VIPA DFC system is light enough to be handled by one person, which, combined with its ability to fit in the existing slab cavities, made it a very cost effective solution.”

Barcelona Metro was one of the first to benefit from a new Pandrol fastening system during refurbishment of Line 5 in 2017. The line required a retrofit to replace the existing booted sleeper blocks, because these had reached the end of their service life and were no longer performing as designed. The old sleeper blocks had also experienced corrosion problems in the tie bar.

Pandrol supplied its new light weight block solution to replace old booted sleeper blocks. The existing twin block system was first to be removed, leaving pockets in the slab. The new system would have to be installed into these pockets and would need to provide a stiffness similar to the performance of new booted sleepers. The concept was that in the new system, the required resilience would be provided above two individual blocks, rather than through a direct replacement for the boots that surround and support each end of the old twin-block sleepers. This puts the resilient elements where they are easier to inspect and maintain. The new individual blocks are smaller and easier to handle and can be rigidly grouted into place.

The Pandrol VIPA DFC fastening system, designed specifically for use on slab track, was selected. It is light in weight and has a small footprint that fits easily onto the new block. In total, 400 assemblies were supplied on this project. The Pandrol VIPA DFC System is optimised for use in pre-cast blocks, sleepers and slabs. It offers a cost effective, high performance solution for track where vibration ground borne noise mitigation is required.

“The fact that Pandrol’s VIPA DFC was delivered to track side fully assembled made installation very efficient.” 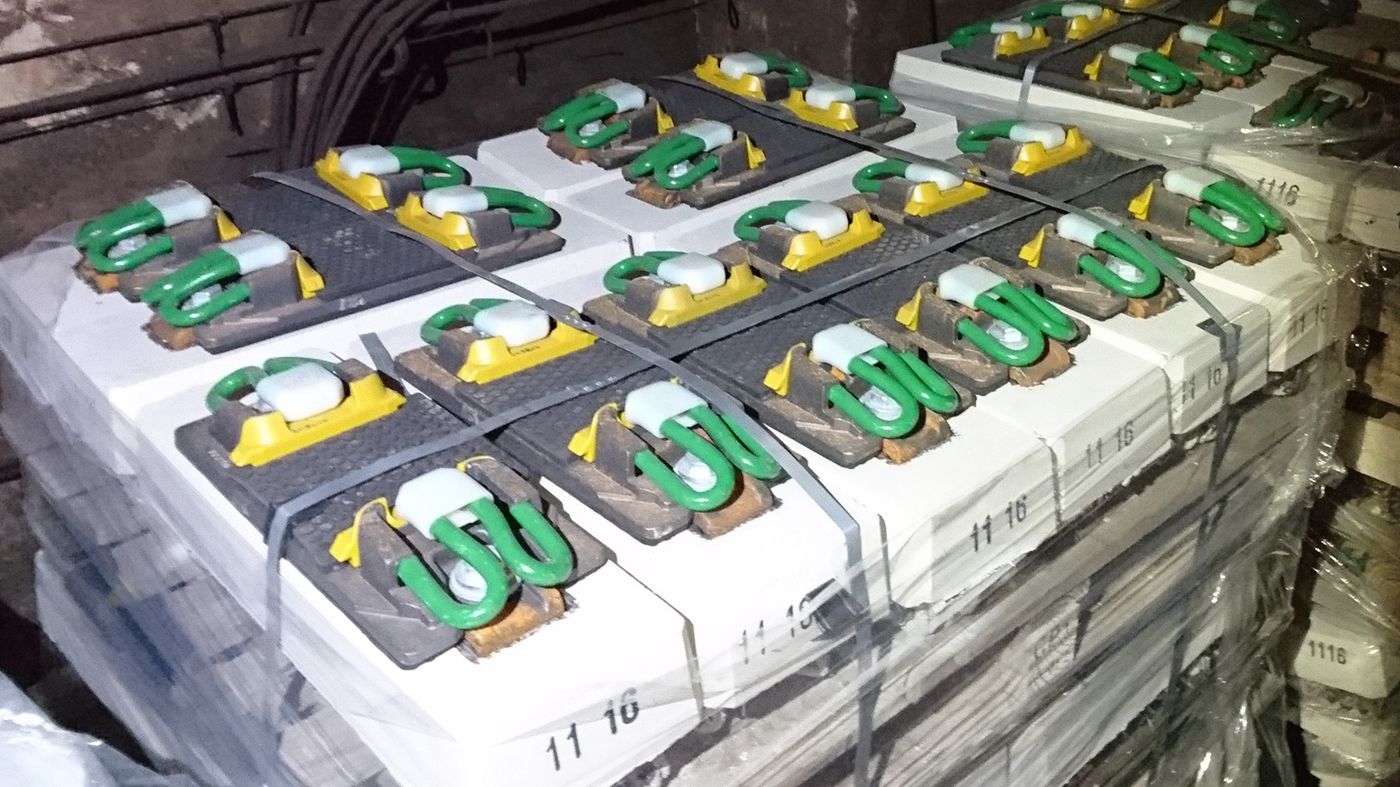 Line 5 project demonstrated the methodology of installation of the new lightweight concrete block system in combination with the VIPA DFC fastening. Each block was placed into the empty pocket, the existing rails were lowered, and the Pandrol Fastclips were switched from the parked to the installed position using hand tools. Even with the pre-assembled VIPA DFC fastenings already fitted to them, the new blocks were light and safe enough to be handled by one person. This new low stiffness system provided an innovative solution for Barcelona Metro.

The lightweight concrete blocks were delivered to the worksite fully pre-assembled. The block is of the minimum size required to support and anchor the fastening assembly system, allowing it to be easily manipulated into position and attached to the rail prior to final adjustment and fixing. Reinforcement and anchor elements protrude from the underside of the block and are designed to tie it into concrete poured into the pocket around it to form the completed slab. The contractors carried out the fine track alignment before pouring the concrete to complete the installation.

Aided by pre-assembly off-site, the installation was simple and efficient, allowing the contractor to recover time lost on other sections of the job. Throughout the project there was ongoing collaborative working between the Pandrol New Product Development team based in the UK and the local technical and customer liaison teams based in Spain. Together, they provided a full package of technical support and assistance during the installation. Pandrol also worked closely with the Polytechnic University of Catalonia to complete the block design calculations.

Pandrol also supplied the innovative One-Shot crucible and induced air plus propane preheat, to support the Spanish PLR welding process used on Barcelona Metro. This solution both increases levels of productivity and reduces the possibility of errors in the welding works due to the very simple preheating system which minimises the possibility of human error.

Pandrol worked with the welding contractor to ensure supplies were delivered practically “just in time” as it is very difficult for the welding team to store the materials on site.

As a result of the successful delivery of this project, the Pandrol New Product Development team is now working on developments that enable even quicker installation on track. This is of particular interest to Barcelona Metro. Further installations of the VIPA DFC system are planned. In particular, it will be used in the tunnel sections on the new Follobanen line in Norway. 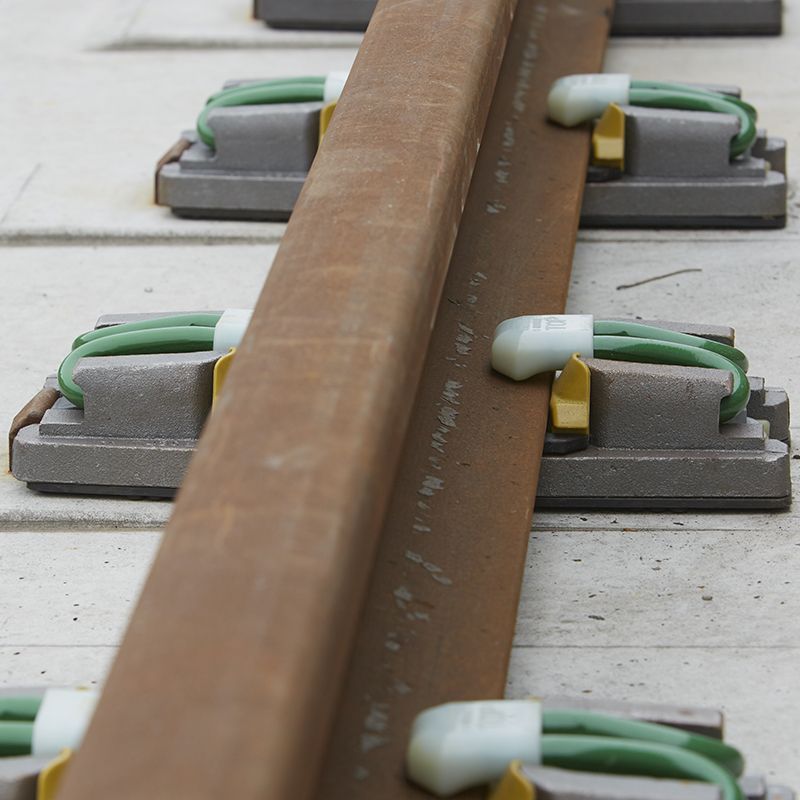 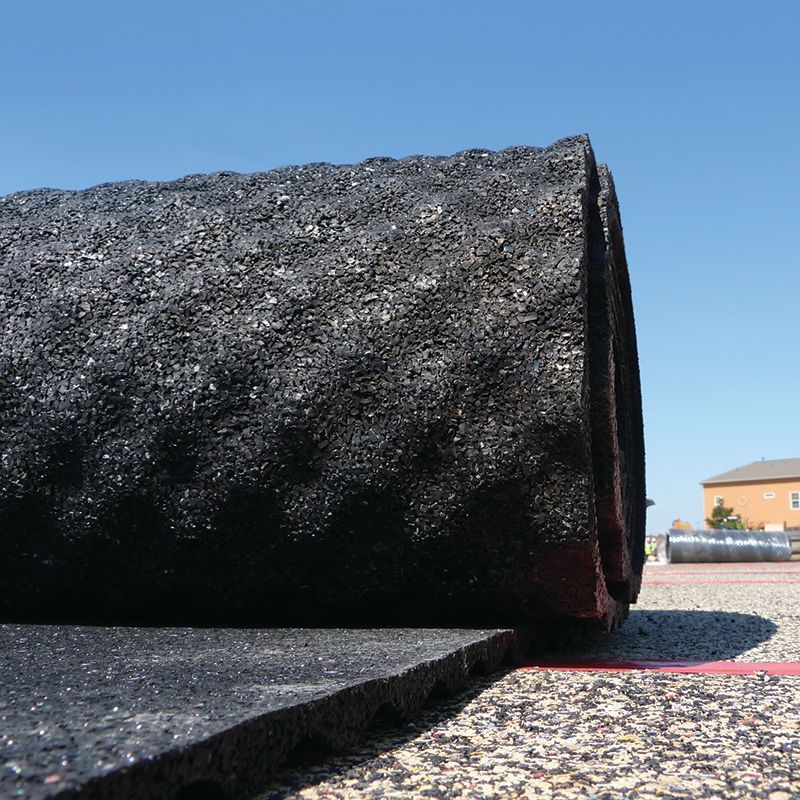 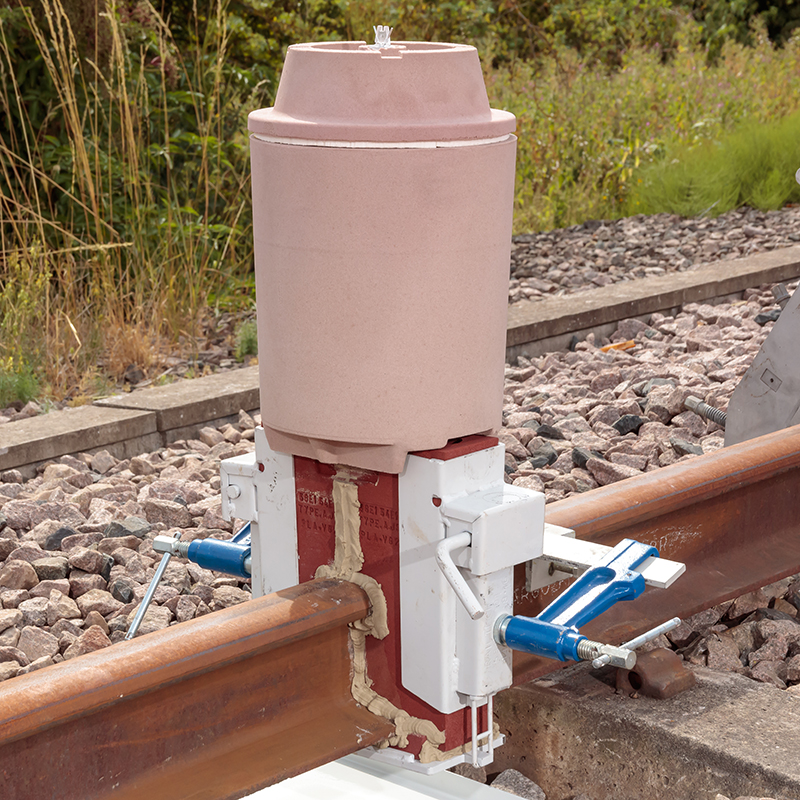