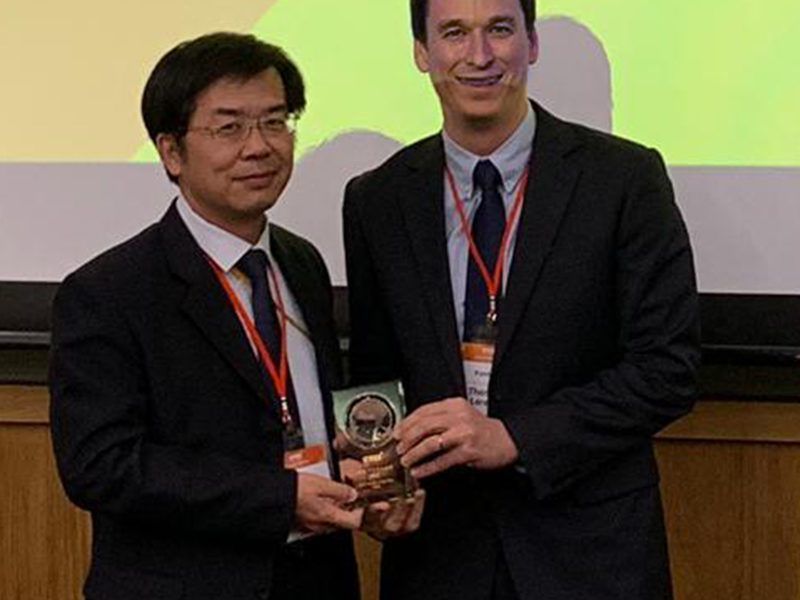 Global leader in rail infrastructure solutions, Pandrol has achieved the prestigious ‘Supplier of the Year’ award from CTCI, the Taiwan-based leader in engineering and construction services across Asia, the Middle East and America.

Pandrol supplied track fastening solutions, including the innovative QTrack® embedded rail system and The Bonded DFF ADH system, along with installation and maintenance equipment and rail safety products for the Tamhai LRT.

The Tamhai LRT delivers a public transport system to cope with the growing population of Tamhai, a newly created Taipei township. Tamhai’s population is expected to grow to 340,000 by 2041. The phase one line began operation in December 2018, handling around 80,000 passenger rides a day upon completion
Pandrol QTrack® is a continuously supported and fastened embedded ballastless track system, where the rail is completely encapsulated by elastic prefabricated resin bonded rubber profiles with a unique shape and adapted stiffness characteristics. The system is designed for rapid installation and has an installation rate of up to 144 linear meters of single track per day per work-group.

Pandrol received this award for the partnership with CTCI on the Tamhai light rail transit (LRT) project in New Taipei City. The company was commended for its excellent team work, customer relationship and professional delivery of the project.

Rail corrugation is controlled due to homogeneous stiffness of the track which results in less grinding activities (reducing maintenance and increasing track longevity) and delivers lower vibration emissions, due to better track quality.

Drawing on some 30 years’ experience and feedback from over 400,000 units fitted worldwide, the DFF ADH system is suited to rail-laying on concrete sleepers and slabs.

The award event was held in Taipei, where the award was presented by President of CTCI, Mr Michael Yang to Thomas Lorent, Head of Transit at Pandrol.

“It is a real honour to be recognised in this way by our customer CTCI. This was a complex project, which was successful due to close collaboration between our team and engineering specialists at CTCI. We would like to thank CTCI for rewarding our team in this way and we look forward to continuing our good relationship with the company.”

Pandrol has worked with CTCI on many projects, including the supply of fastening systems to the Mass Rapid Transit Line in Singapore.