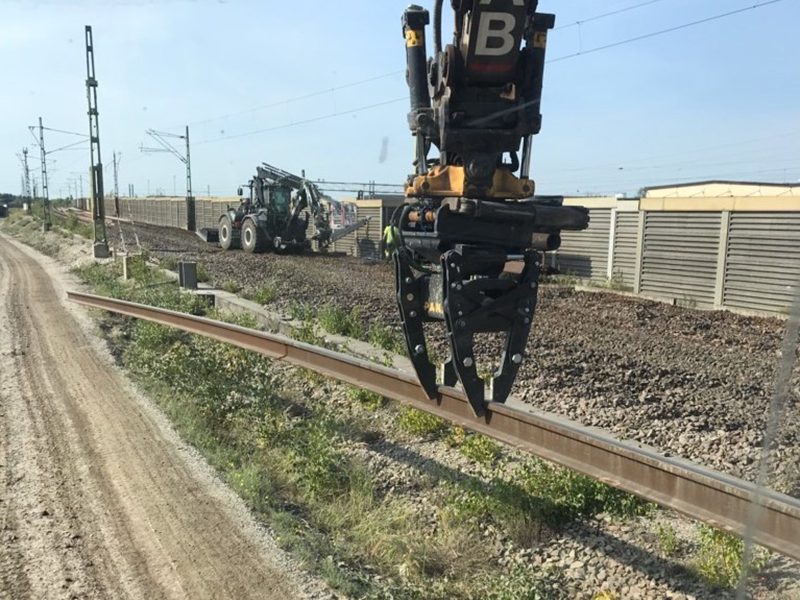 Pandrol has developed a new model of the Sleeper Grip SG60, a tool designed for fast and safe handling of sleepers and rail during tack installation and maintenance. The engineering team at Pandrol’s Centre of Engineering Excellence in Sweden led a project to co-engineer a new version of the Sleeper Grip SG60 in collaboration with Swedish contractor Connys Entreprenad.

The new version of the Sleeper Grip is capable of handling both sleepers and rail, and is now being used throughout a track rehabilitation project in the south of Sweden to improve installation efficiency and sleeper re-use.

Connys Entrprenad, a specialist in railway contracts and maintenance, approached Pandrol as they identified a need to be able to handle sleepers and rail carefully so that they could both be reused in the new track. The product development partnership builds on a long-standing relationship between the two companies, who have a history of co-developing equipment for special rail projects.

The improved Sleeper Grip SG60 model was deployed successfully, creating commercial and environmental savings by lifting sleepers without causing any damage and allowing them to be re-used in the new track. The new model is now available globally with the new rail lifting feature.