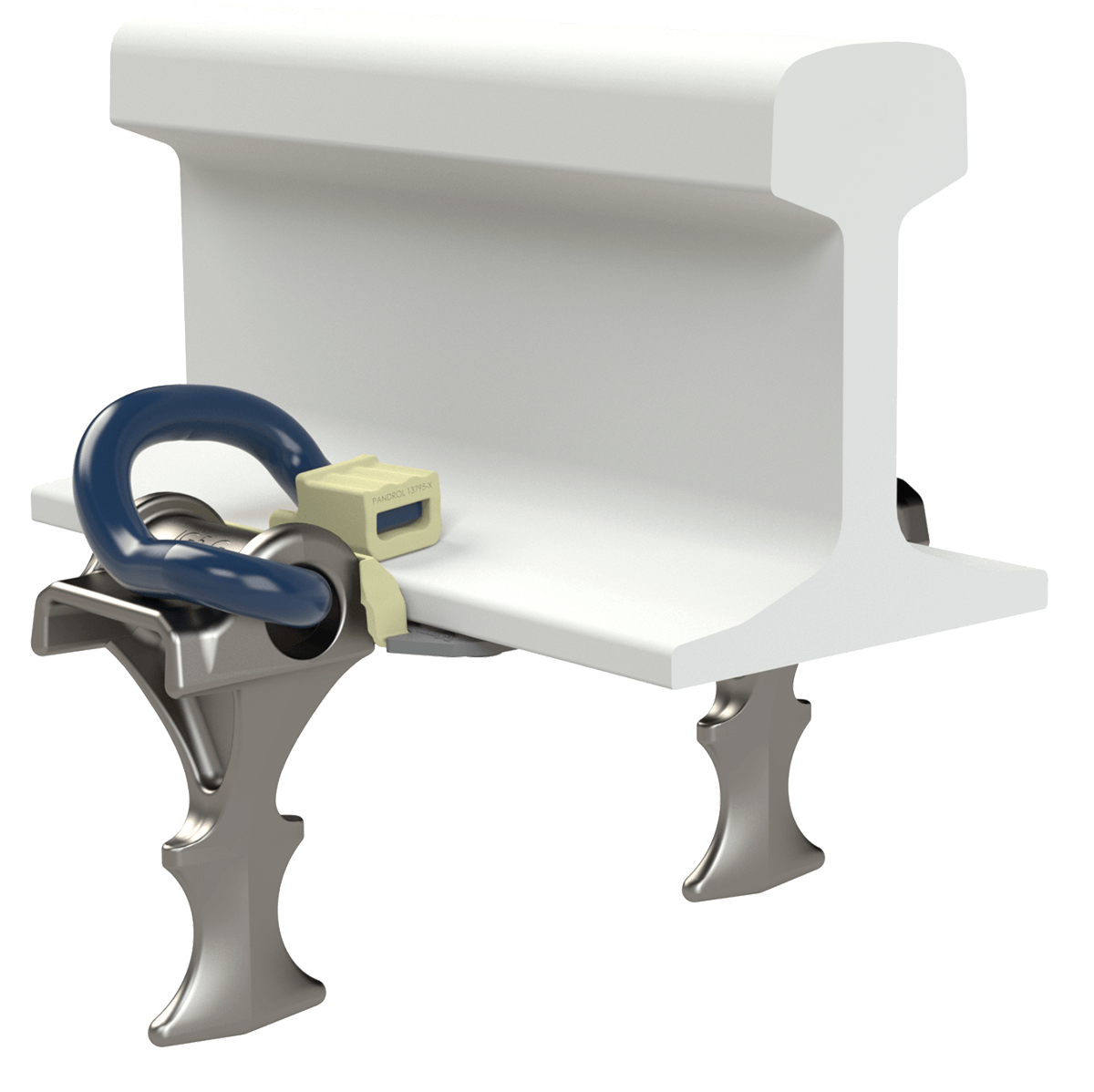 Pandrol’s Re System replaces the e-Clip, but with faster installation times and less maintenance.

In 2018, the Re System for the F40 sleeper type in the UK won the award for Technical Innovation Excellence in the Rail Business Awards. This latest version of the Re System introduced a curvature to the pad which created a funnel effect to make it easier and more effective to guide the rail into the correct position.